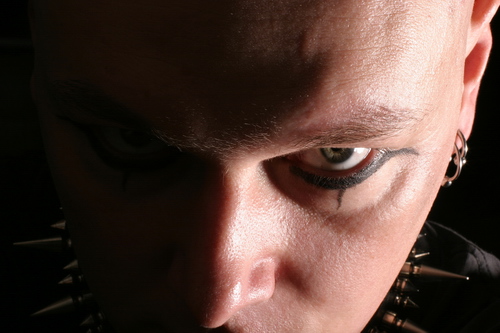 I’ve noticed a lot of photographers and models refer to themselves in the 3rd person, so I thought I’d give it a try!!

That’s right folks, I’m an educated videographer turned self thought photographer. I myself say that I’m still looking at the world through the lens, only I switched moving pictures for still ones. I actually had quite the career going as a videographer. After various gigs for a national TV station, I joined a reputable video studio and worked as a video camera operator also doing Avid and Discreet Logic post-production editing. Later on I started meddling with 3D animations and special video effects, and worked as a 3D artist on the computer game Bloodline by Zima Software from Prague, Czech Republic. My hidden passion for photography eventually surfaced and here I am.